TİM Chairman İsmail Gülle said, "We are confident that our young people will successfully fly the flag of our country in every corner of the world with the domestic and national technologies they produce. Young people will dream; we are going to make their dreams come true. Recently, especially the increase in export in our Defense and Aviation sector is notable. Our sector exported 1 billion 857 million dollars in 155 countries and regions in the first 8 months of 2021, an increase of 50 percent. Defense and Aviation became Türkiye's second sector with the highest added value, with exports of $44 per kilogram. The Defense and Aviation sector's export increased more than 3 times from 2010 to 2020. Türkiye now shows that it is on the verge of a strong rise with our İHAs (UAVs), SİHAs (Armed UAVs) and TİHAs (Assault UAVs) flying in the skies."

The excitement of TEKNOFEST, the world's largest Aviation, Space, and Technology Festival, continues at Atatürk Airport. The stand of the Turkish Exporters Assembly, the only umbrella organization of 100 thousand exporters with 61 exporters' associations and 27 sectors in Türkiye, is of great interest. The InovaTİM family, which is called 'Innovation Ambassadors' under the roof of TİM, marked the festival by signing special events at TEKNOFEST, the 4th of which was held. More than 100 students from 18 different cities and 26 different universities participated in the organization. Students formed long queues to participate in workshops and pieces of training held at the TİM stand.

Pointing out to the participant of TEKNOFEST that the country effectively expressed its claim and successful approach in the field of technology, TİM Chairman İsmail Gülle said, “The first condition for a country's self-sufficiency and economic independence in the 21st century is to design, produce and export technology. We must never forget that we cannot guarantee our economic freedom in any field if we remain only users when it comes to technology. As a requirement of the geopolitical agenda of our geography, it is imperative that we can defend the survival of our country with our national technology platforms with our domestic and national technological infrastructure. Türkiye is now a country that not only uses technology, but also produces, modernizes, and exports it. The future is built by dreamers. All these achievements we witnessed at TEKNOFEST today are the result of a dream established. Young people will dream, we are going to make their dreams come true. Today, our country increased its value-added, innovative, high-tech, and branded export, and increased the number of exporters to 100 thousand. Today, Türkiye shows that it is now on the verge of strong growth with our İHAs (UAVs), SİHAs (Armed UAVs) and TİHAs (Assault UAVs), our new projects, domestic cars, national ships, and defense industry."

"We support many projects focused on technology and innovation"

Stating that as the Turkish Exporters Assembly, they support many initiatives and projects focused on technology, innovation, and R&D, İsmail Gülle said, "We have full faith that our young people will successfully fly the flag of our country in every corner of the world with the domestic and national technologies they produce. ' By blending the accumulation acquired here with its dreams, to involve to 'National Technology Movement', which is launched for the Türkiye of the future, must be the primary goal of our young people in the education life or their career process.”

TİM Chairman İsmail Gülle noted Türkiye's success in the Defense and Aviation sector and said: “Our products produced with national facilities are used in the world. This is reflected in our export figures. Our sector exported 1 billion 857 million dollars in 155 countries and regions in the first 8 months of 2021, an increase of 50 percent. The top 5 countries where we export the most in the Defense and Aviation sector are The United States ($736 million), Azerbaijan ($170 million), the United Arab Emirates ($127 million), Germany ($99 million), and Ukraine ($63 million). Our Defense and Aviation became Türkiye's second sector with the highest added value, with exports of $44 per kilogram. We anticipate that our sector, which has increased more than 3 times from 2010 to 2020, will be one of the leading sectors that will lead Türkiye to export 300 billion dollars.

At TEKNOFEST, the participants at the TİM stand had the opportunity to examine the Multifunctional Solar Panel R&D Project Studies, Cube Satellite Prototypes, and space subsystems examples in Nano-Micro Cube Satellites carried out under the coordination of ITU Space Design and Test Laboratory and InovaTİM.

At the TİM stand, the high-tech products, which successfully represent Türkiye in international competitions, such as ITU ROV, ITU APIS, and METU FORMULA RACING's underwater robot, model satellite, and formula vehicles, which are successful teams of InovaTİM, were showcased. Participants can also see the InovaTİM High School Ecosystem team's Türkiye champion robot, which can perform image processing. Educational box game blood dyeing device, as part of the InovaTİM students, which teach children our cultural heritage by experiencing them with the early detection and warning project in forest fires, also awaits enthusiasts.

Innovative pieces of training and workshops

In the information and registration centers of TİM and InovaTİM in where stand area, the participants can get information about the innovation ecosystem of the Turkish Exporters Assembly; and they can register to participate in InovaTİM Ecosystem. Visitors can also apply to the InovaTİM Innovation Competition, Multifunctional Solar Panel R&D Project in Nano-Micro Cube Satellites, Artificial Intelligence, and Innovation pieces of training in High Schools.

InovaTİM is Türkiye's largest innovation ecosystem, comprised of more than 3 thousand students from 150 universities in 72 provinces, within the body of TİM, the sole umbrella organization of more than 100 thousand exporters. Developing model satellites, unmanned underwater vehicles, and many innovative designs, and successfully represents Türkiye in international competitions with its project teams, InovaTİM also contributes to Türkiye's National Space Program with its first R&D Project. It is aimed to develop the domestic space system in our country with low cost and innovative techniques in ITU Space Systems Design and Test Laboratory with the Solar Panel Development Project in Nano, Micro, Cube Satellites involving 100 InovaTİM students. InovaTİM Innovation Competition competes with more than 800 teams in digital with its special algorithm applied for the first time in Türkiye. The champions receive their awards during The Innovation Week of Türkiye.

Within the body of InovaTİM under the TİM roof; More than 10 thousand students are given face-to-face training in 207 high schools and 15 thousand students in 330 high schools are given artificial intelligence, IoT, Innovation, and Entrepreneurship pieces of training on digital platforms. InovaTİM Digital Mentoring Program also guides the information age economy with its Generation Z Report and Scientific Research series. 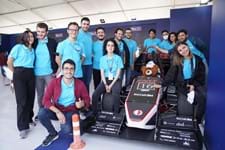 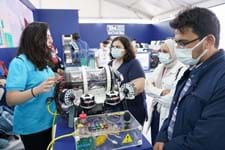 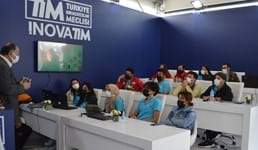 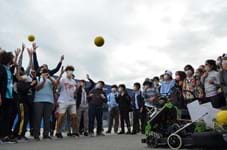 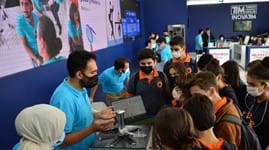 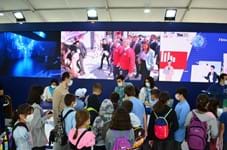 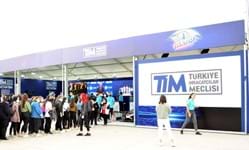