Export Landing from TİM to Dubai

Turkish Exporters Assembly (TİM) continues to bring together more than 100,000 exporters with buyers around the world, with sectoral and general trade delegations. Physically organizing the first trade delegation of 2022 to the United Arab Emirates, TİM is holding talks between members of Türkiye's leading exporters from all sectors and Türkiye and the UAE that will create opportunities for new cooperation and sales, and increase export figures.

Turkish Exporters Assembly (TİM), the only umbrella organization of 100,000 exporters, held its first physical delegation of 2022 in Dubai, United Arab Emirates. TİM Chairman İsmail Gülle stated that since the beginning of the pandemic period, 105 trade delegations have been carried out in 73 countries, and “Our work continues at full speed in order to realize the export of $250 billion, which is the target for 2022. The country's trade goals are extremely important in this respect. As a Turkish exporter, we will not leave unturned country foot, unprinted land in the world.” he said.

TİM Deputy Chairman Kutlu Karavelioğlu, who made the opening speech in the Dubai Trade Delegation program, which included 39 union representatives from 22 sectors and 50 company representatives, said, “Türkiye and the United Arab Emirates, as two important actors of the region, have recently made significant improvements in bilateral relations, especially in the economy. As an export family, we are very gratified for the development of relationships." On February 15th, within the scope of Dubai Expo 2022, the Turkish flag and the Turkish "Welcome" message were projected on the Burj Khalifa, the world's tallest building in Dubai, for President Recep Tayyip Erdoğan, who is on a two-day official visit to the United Arab Emirates. President Recep Tayyip Erdoğan will visit Türkiye's exhibition area on The National Day of Türkiye, which he will inaugurate at the World Fair "EXPO 2020 Dubai" in Dubai following his official contacts with the UAE. To contacts of President Recep Tayyip Erdoğan,

The Turkish United Arab Emirates Trade Delegation and bilateral meetings were held in Dubai between 50 Turkish companies and more than 300 UAE companies. Bilateral and round table discussions were held between 50 Turkish and 300 UAE companies who were on the delegation after the opening ceremony attended by Deputy Minister of Commerce Rıza Tuna Turagay, TİM Board of Directors, Union Presidents and General Secretary of the Federation of UAE Chambers of Commerce and Industry Humaid Mohamed Ben Salem, Dubai Chamber of Commerce President Hamad Buamim, Consul General of Dubai Mustafa İlker Kılıç.

317 Products, That the United Arab Emirates Can Import from Türkiye, Have Been Identified

The Sectors That Export the Most to the UAE in 2021

105 Trade Delegations Were Held in 73 Countries

Turkish Exporters Assembly (TİM), the only umbrella organization of more than 100,000 exporters with 61 Exporters Associations and 27 sectors shows determination to improve bilateral trade despite the pandemic. Since the beginning of the pandemic period, TİM has carried out 105 trade delegations in 73 countries. During this period, TİM carried out 5 trade delegations to the United Arab Emirates and 9 in total to the Gulf Region. 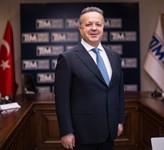 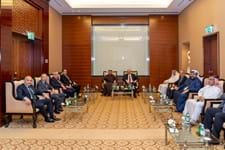 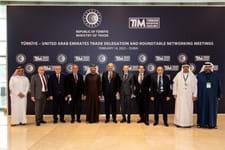 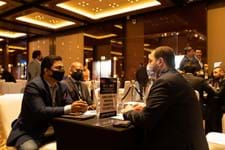 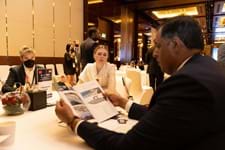