Turkish Exporters Assembly (TİM) held the 10th of the 'Virtual Trade Delegation' programs, which started in May, to reduce the impacts of the coronavirus pandemic on exports, with the Philippines. TİM Chairman İsmail Gülle said, “205 exporting companies participated in the virtual delegations we have carried out so far. 617 buyers company attended; close to 1,600 bilateral job interviews were held. In these negotiations, our firms signed contracts worth millions of dollars”

Turkish Exporters Assembly (TİM), the only umbrella organization for exports in Türkiye with 61 exporters associations, 27 sectors, and 95,000 exporters, continues its Virtual Trade Delegation Programs aimed at reviving exports during the coronavirus pandemic. TİM is organizing the last of these programs with the Philippines October 26th - October 30th, 2020, with coordinating the Ministry of Commerce.

Speaking at the opening of the program attended by Deputy Trade Minister Gonca Yılmaz Batur and Manila Ambassador Artemiz Sümer, Turkish Exporters Assembly Chairman İsmail Gülle said, "The Philippines virtual trade delegation and 205 exporting company has participated in our virtual delegations. 617 buyers company attended our delegations; and were held close to 1,600 bilateral job interviews. The signing of millions of dollars' worth of contracts by our companies reveals that our purpose in realizing the delegations is achieved”

Gülle continued, “In the first nine months of the year, our exports to the Philippines totaled $103 million due to the risks of the pandemic and the historic contraction in global trade. In the first nine months of the year, the sectors with the most exports to the Philippines were Chemical Substances with $11.6 million, Cereals with $10.4 million, and Machinery with $7.4 million. Again, in January-September, we see that many of our sectors increased their exports to the Philippines compared to the same period of the previous year. In this period, the Philippines compared to the first nine months of the previous year; the Tobacco sector 90 percent, Aquaculture and Animal Products sector 82 percent, automotive sector 68 percent, export surge. It will contribute to increasing export figures and thus at the levels it deserves, both in these sectors and in sectors where our exports are relatively low." 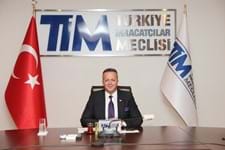 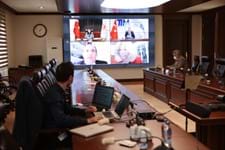 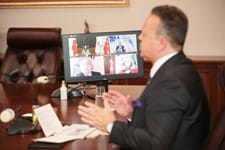