Turkish Exporters Assembly, it started the “SME Export Mobilization TRNC Training Program, has transferred its experiences in global trade fields to exporters of TRNC”. Turkish Republic of Northern Cyprus (TRNC) President Ersin Tatar said, “It is a great chance for us that Turkish Cyprus exporters benefit from the connections in the world and experiences of TİM, and that we can export from here with your support to around the world.” TİM Chairman İsmail Gülle, “As the field-side of exports, we will continue to be with not only the exporters of our country but also the companies and entrepreneurs of Northern Cyprus, with Export and innovation-oriented efforts” he said.

Turkish Exporters Assembly (TİM), which is the only umbrella organization in Türkiye with 61 exporters' associations, 27 sectors, and 95,000 exporters, continues to work on improving exports in the Turkish Republic of Northern Cyprus (TRNC). TİM, which opened its first Foreign Representation Office in Lefkoşa at the beginning of this year, has now launched the “SME Exports Mobilization TRNC Training Program”. With the program, TİM has transferred its experiences in global trade fields to Northern Cyprus exporters. TRNC President Ersin Tatar, TİM Chairman İsmail Gülle, and Turkish Cyprus Chamber of Industry President Candan Avunduk attended the closing ceremony of the training program organized online.

“The connections of Mr. İsmail Gülle around the world are a great chance for TRNC exporters”

Emphasizing that TİM Chairman İsmail Gülle's connections in the world are a chance for the exporter of Turkish Cyprus, TRNC President Ersin Tatar said, “Our country, based on especially tourism and higher education, is a small economy; while it was expected to be more affected by this process, but we are trying to overcome this process with the support of our government, our measures, and works. This is an indication that Turkish Cyprus' unity and solidarity can survive even in difficult circumstances. Turkish Cyprus are very important, and they have passed a very important test. Türkiye's support and key institutions' attention to us such as the Turkish Exporters Assembly is crucial. It is a great chance for us that Turkish Cyprus exporters benefit from the experiences and connections of Mr. İsmail Gülle in the world and experiences, and that we can export from here with your support to around the world. Because we are a small country, we may not have a link all over the world. We can market our products, announce our voice, and open new doors through you. I would like to thank you Mr. Gülle especially underlining. I would like to thank you very much for all your members of parliament and exporters. We want to express that we care very much about the work you do” he said.

TİM Chairman İsmail Gülle said, “The Turkish Republic of Northern Cyprus, as well as being geography that we have deep heart connection between us, is an important trading partner for our country's business community. TRNC, with 43 million dollars, more than half of its exports to our country” he said.

Deepen relations with the Turkish Cyprus World of Industry and Trade; We aim to walk together to sustainable tomorrows in manufacturing, industry, and cross-border trade” saying Gülle continued, “Today, we have designed 'TRNC TİM SME Exports Mobilization Online Training Program' of 'TİM SME Exports Mobilization Online Training Program', which is part of this collaboration for three target audiences: The first is the representatives of the companies, which already has its own business and who is doing or wanting to do export activities, the second is entrepreneurs, and the third is public policymakers and bureaucrats related to exports. We have received positive feedback from these training programs, which we have carried out physically in many different cities in Türkiye before. More than 100 people participated in our training program, the first of which was carried out online yesterday. We have reached more than 3,000 people by TİM's social media channels. With this program, which is the first Export Mobilization Training we have carried out abroad, I truly believe that many participating companies and entrepreneurs will take the first step towards exports. As the field-side of exports, we will continue to be with not only the exporters of our country but also the companies and entrepreneurs of Northern Cyprus, with Export and innovation-oriented efforts. The Turkish Republic of Northern Cyprus, with new investments and important developments in the Eastern Mediterranean, is sailing too much more ambitious and promising days. Whatever the circumstances, the steps were taken by us, representatives of the Turkish business world will pave the way for new investments; a sustainable partner will form the first steps for the future."

Reminding that the exports to TRNC in 2019 are close to $1 billion, Gülle said, "According to our RCA Analysis Report prepared by TİM, we see that the Turkish Republic of Northern Cyprus has a competitive advantage in international markets in many products. TRNC's opportunities for businessmen in many sectors such as education, transportation, and information technology are in our report. As the export family, we are aware that mutual-cooperation within the scope of the Win-Win principle will contribute to both countries. We are taking steps to work with our Turkish Cyprus brothers and sisters. In this context, on January 10, we opened the TRNC TİM Office which is a key project and collaboration with the Turkish Republic of Northern Cyprus business. We have made vital work with the Turkish Cyprus TİM Office that is our first office abroad, for the development of regional trade. We purpose not only to develop regional trade with our office, but also to promote the export ecosystem, transfer experiences in the fields of innovation, entrepreneurship and global trade, and to conduct training efforts together.”

Candan Avunduk, President of the Turkish Cyprus Chamber of Industry, “We see that TİM has a great contribution in the being sustainable structure of exports of the Republic of Türkiye and to break records. We are deeply affected by the new export markets and the increasing export of different products. Every year, manufacturers are encouraged to export” he said. 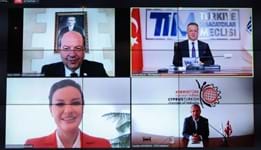 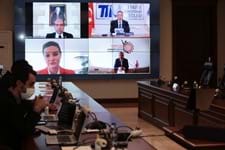 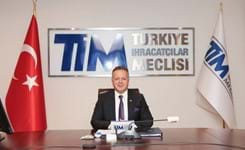 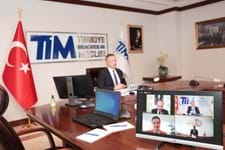